Vitamin C, also known as ascorbic acid, is a water-soluble vitamin. Unlike most mammals and other animals, humans do not have the ability to make their own vitamin C. Therefore, we must obtain vitamin C through our diet.

Vitamin C is required for the synthesis of collagen, an important structural component of blood vessels, tendons, ligaments, and bone. Vitamin C also plays an important role in the synthesis of the neurotransmitter, norepinephrine. Neurotransmitters are critical to brain function and are known to affect mood. In addition, vitamin C is required for the synthesis of carnitine, a small molecule that is essential for the transport of fat into cellular organelles called mitochondria, where the fat is converted to energy. Research also suggests that vitamin C is involved in the metabolism of cholesterol to bile acids, which may have implications for blood cholesterol levels and the incidence of gallstones.

Vitamin C is also a highly effective antioxidant. Even in small amounts, vitamin C can protect indispensable molecules in the body, such as proteins, lipids (fats), carbohydrates, and nucleic acids (DNA and RNA) from damage by free radicals and reactive oxygen species that can be generated during normal metabolism as well as through exposure to toxins and pollutants (e.g., cigarette smoke). Vitamin C may also be able to regenerate other antioxidants such as vitamin E.

Oral ascorbate is a vitamin and its uptake is tightly controlled and is an antioxidant. Intravenous ascorbate is a drug and plasma and tissue levels are attained many times above oral dosing, allowing the development of hydrogen peroxide, (which means it is working as a pro-oxidant not an antioxidant like the oral form). Hydrogen peroxide is the agent responsible for targeted neoplastic cell death while leaving normal cells unharmed.

See links for more information and research on IV Vitamin C in patients with cancer: 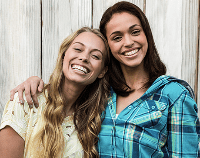 The Myers' Cocktail is a powerful blend of vitamins and minerals designed for IV use. It was originally developed in the 1970s by Dr. John Myers, a Maryland physician. Since then, many people all over the world have been using the Myers' Cocktail to help treat a broad spectrum of health conditions. This formula is designed to improve fatigue and overall function. It combines Vitamin C, individual B-Vitamins (B5, B6, and B12), B-Complex, calcium, Magnesium, and trace minerals. It is the perfect “pick me up” when you are feeling under the weather.

Heavy metals are ubiquitous in our environment. Although efforts have been made to clean up the environment, we still frequently hear reports of municipal water supplies, painted toys, herbs, and even medications that have been contaminated with heavy metals. Although one of the better municipal water supplies, Detroit city water contains lead. Coal burning factories and power plants release mercury into the air for us to breathe. Fish are notorious for containing mercury and lead. Aluminum is everywhere (antiperspirant, foil, cookware, antacids, etc.). Cigarette smoke frequently contains cadmium. Many dentists continue to use silver amalgams, which contain mercury. The sources are multiple and varied. BEMC incorporates chelation therapy as part of many detox programs. A chelator is any substance that binds a metal and assists in its removal from the body. This process is critical to our overall health. Studies have linked heavy metals with a number of health problems including cancer, degenerative nervous system disorders, digestive/abdominal complaints, and vascular disease. At BEMC we match the chelator to the medical problem and the type of heavy metal toxicity. Through testing of urine after a chelator is given, we can determine which metals are present and what is the best chelator to use.

EDTA (Ethylenediaminetetraacetic acid) is a chelator used to treat vascular disease. Vascular (heart disease, cerebrovascular disease, peripheral artery disease) disease is caused by free radical damage to the arterial wall. The body tries to repair this damage by calling in lipids, and thus a plaque is started. If the inflammation persists in the artery, the plaque continues to grow and eventually ruptures. A clot forms on the ruptured area and a heart attack or stroke results. Heavy metals (particularly lead) have been implicated in causing or worsening arterial disease. Because it removes lead; and therefore, acts as an antioxidant, EDTA can be helpful in the treatment of vascular disease. EDTA is currently approved only for the treatment of acute lead toxicity. Its use for the treatment of vascular disease is considered “of label.” There is an ongoing study sponsored by the NIH to determine EDTA’s effectiveness at treating heart disease. Typically, EDTA is administered intravenously (along with magnesium, and vitamin C) once per week for a series of 20 to 30 treatments. 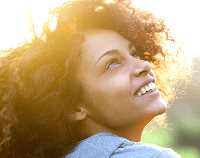 GLUTATHIONE (pronounced "gloota-thigh-own"), is the mother of all antioxidants, the master detoxifier and maestro of the immune system.

Glutathione is a very simple molecule that is produced naturally all the time in your body. It is a combination of three simple building blocks of protein or amino acids—cysteine, glycine and glutamine.

The secret of its power is the sulfur (SH) chemical groups it contains. Sulfur is a sticky, smelly molecule. It acts like fly paper and all the bad things in the body stick onto it, including free radicals and toxins like mercury and other heavy metals.

Reduced glutathione (GSH) is a substance made in the cells of our body and is unique because it is both a reducing and a conjugating agent. This means that it is a major antioxidant as a free radical scavenger and an essential component of phase two liver detoxification. It’s an unusual amino acid because it can do two jobs to protect us from toxins: First, it neutralizes free radicals in our body, like toxic compounds from Phase 1 detoxification. Second, it combines with Phase 2 toxic chemicals to form a water-soluble conjugate that can be excreted in the bile and urine.

Normally glutathione is recycled in the body—except when the toxic load becomes too great.

The good news is that your body produces its own glutathione. The bad news is that poor diet, pollution, toxins, medications, stress, trauma, aging, infections and radiation all deplete your glutathione. This can leave you susceptible to unrestrained cell disintegration from oxidative stress, free radicals, infections and cancer. As your glutathione depletes, your liver gets overloaded and damaged, making it unable to do its job of detoxification properly.

Stress Resistance $185.00
This vitamin boosting IV is packed with antioxidants and high-impact nutrients to help protect the immune system and promote mood balancing (may be most beneficial for those with anxiety, depression, chronic stress, etc.).

Who doesn't want more energy? This IM injection consisting of Methylcobalamin and B Complex contains all of the B Vitamins in one quick injection. While directly entering the bloodstream, the injection can immediately replenish the body providing benefits almost instantly. You'll be in and out of the office feeling revitalized within minutes!