Specialized Testing: The Breakdown of a Darkfield Analysis 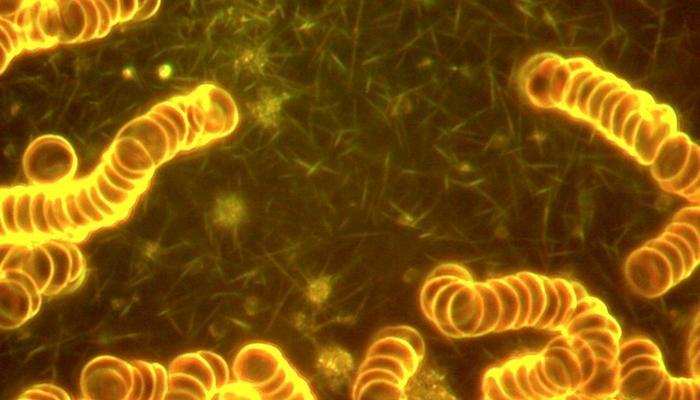 What is a Darkfield Microscopy test?

A Darkfield Microscopy is a blood test in which we take a drop of blood and look at it immediately using a special form of lighting that allows us to see living cells without staining. It provides a look at overall health, microorganisms may be detected, distortions of red blood cells (can reflect nutritional status), and possibly undesirable bacterial or fungal life.

What can a Darkfield tell you?

Interpretation of the Darkfield can detect early signs of illness from the forms on the slide. Specifically, Darkfield Microscopy reveals distortions of red blood cells, possible undesirable bacterial/fungal/parasitic life forms, inflammation, and immune activity. The general pattern of findings is most revealing of a person’s imbalances. Certain findings or combination of findings may indicate: nutritional deficiency (vitamins/minerals), digestive disorders, infections, hormonal imbalances, immune dysfunction, environmental toxicity, internal toxicity, and/or altered blood pH. The findings in the blood can be seen early in diseases/conditions, sometimes before symptoms appear or before the disease is diagnosable. Early intervention and changes in health habits can alter the course of a person’s health. Darkfield testing can be used to reassess for changes after treatments and/or changes in lifestyle are implemented to monitor progress as well. Repeat testing is based on individual condition and/or results from previous testing.

What is special about the Darkfield?

A special microscope is used that is designed to permit diversion of light rays that results in illumination of the slide from the side, so that details, appear light against a dark background (as opposed to light passing straight through the specimen). If bright lights from the microscope pass directly through the specimen, the heat from the light source will kill the red blood cells (RBC) faster. Also, by diverting the light rays, a greater amount of depth and detail can be viewed. Where standard laboratory tests are generally quantitative (how many cells are there?), Darkfield microscopy is qualitative (what is the condition of the cells and the quality of the surrounding fluids). One can have the right number of cells; but the function of those cells could be impaired due to factors such as over-acidification of the blood and tissues or the excessive presence of bacteria, mold, toxins, fungus and yeast resulting in useless cells.

What can I expect to see during my Darkfield test?

The below photo shows how our blood looks when we are experiencing optimum health. The red blood cells are uniform in size and round. They reside freely in their own space, not overlapping or sticking together, but gently bouncing off each other. The blood serum surrounding the cells is clear without parasitic forms, bacteria, clots, or other undesired floating masses. 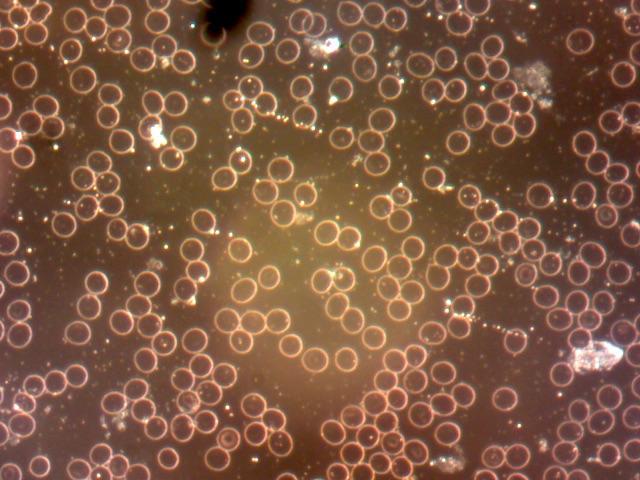 Other possible results from a Darkfield:

When the blood gets to this condition, the amount of oxygen that can be transported is severely diminished. This condition is caused by high fat/protein diets and high acidity. Your blood will look like this if you drink one soda and will stay that way for atleast two hours. Because your cells are not getting oxygen, you will feel tired, have poor digestion, and skin disorders. Webbing may be caused by Liver congestion from toxins such as antibiotics, drugs, alcohol, tobacco, and coffee. Rouleau may be a sign of early autoimmune diseases such as lupus, MS, and Lou Gehrig’s Disease. 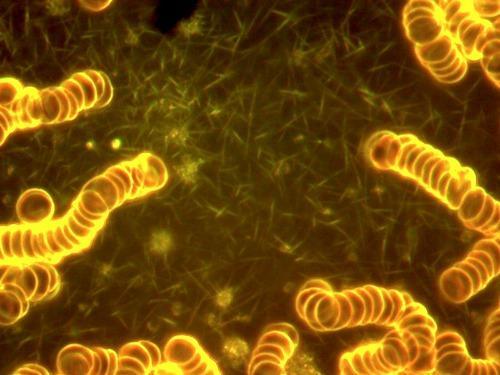 Toxins pumped out of the RBC’s come together to form crystals in the plasma. This indicates excess body toxicity. Depending on the number seen per slide, it can be a risk factor for many degenerative and inflammatory diseases. 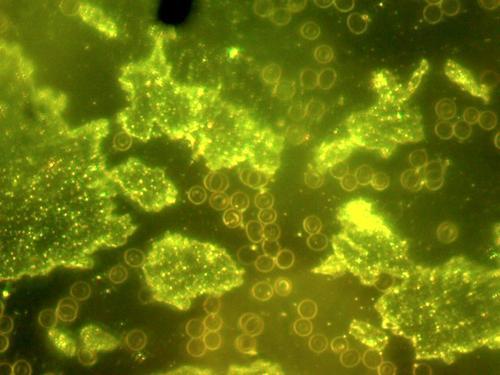 This is a fungus that feeds on undigested food and sugar in the digestive tract. The white spots are signs of this yeast. The principle yeast is Candida albicans which may be found in people with a leaky gut or impaired intestinal permeability. This condition is indicative of over acidity as yeast cannot live in an alkaline environment. 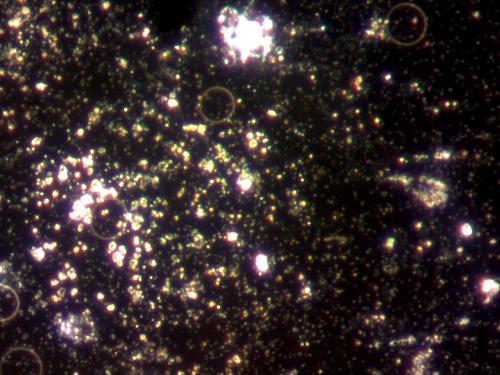 Cholesterol is a sterol in the body that is the precursor for many hormones. Only when the body is acidic does the cholesterol cystalize and become a problem. Cholesterol crystals may be caused by poor digestion of fats, low essential fatty acids, and/or high LDL. They can be an early sign of atherosclerosis. 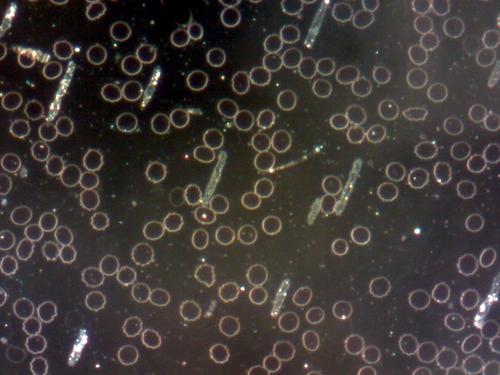 These proteins can be seen when parasites are present in the body. Although they can exist in many organs, parasites are primarily found in the digestive tract. These parasite markers are signs of significant toxicity. 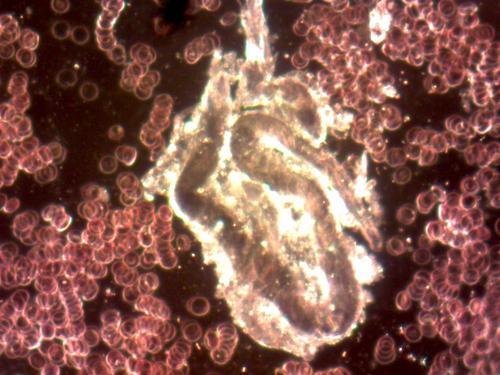 This condition is caused by free radicals. This also lowers the blood's oxygen carrying capacity and shortens the life of the cell. RBC’s don’t have nuclei, so they will not mature; however the fact that there is free radical damage implies that there may also be damage to the nuclei of tissue cells. This can lead to mutations that result in cancer. Poikilocytosis may be caused by drugs, toxins, alcohol, food additives, pesticides, lowered antioxidant capacity, and/or lack of good nutrients in diet. 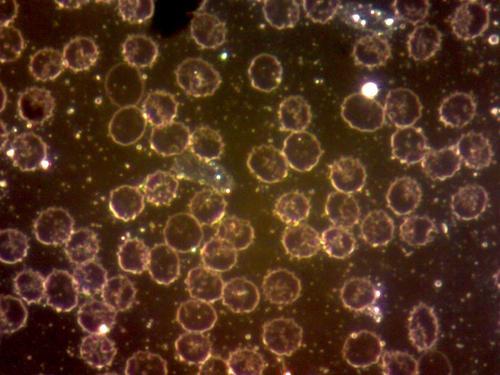 Why is this testing not routine or used by conventional doctors?

Conventional medicine, for the most part, does not recognize functional medicine. Most of our medical test measure physical attributes—size, shape, numbers—and not functions. Doctors are taught disease process and to detect diseases after it meets their criteria. Darkfield testing requires direct examination of the blood and most importantly, interpretation of what the blood, and an interpretation of what is seen. They are taught to read results performed by another, with either a positive or negative result, based on the ranges. They do not believe that subtle changes in the blood or nutritional status can alter functions of the blood or the impair organs or tissues until significant damage is done. This is why you can have significant disease and the traditional blood work will look completely normal. This is not the case with Darkfield analysis. Usually, before significant physical symptoms manifest, a Darkfield Analysis will show problems.

To get more information, or to schedule a Darkfield evaluation, please call our office at 734-995-3200. 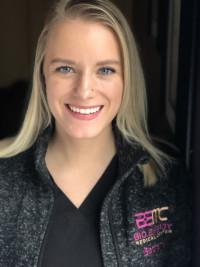 Bethany Wojnar, EMT-B Bethany has been working with Bio Energy Medical Center since 2017. With a background in advertising and social media, she handles all things marketing along with administrative tasks. She graduated from Central Michigan University in 2014 and is certified by National Registry of Emergency Medical Technicians.

India is in need of help during this Covid-19 crisis. BEMC homeopathic provider, Uma Desai, is putting together the below fundraiser to help purchase 10 oxygen concentrators for those in need

Was it your New Year's resolution to lose weight? Exercise more? Are you worried about post COVID weight concerns? Interested in a natural approach to health? This post is for you! Learn more about our (virtual and in-person) homeopathic weight programs.

Staying healthy in the time of COVID-19

In the face of uncertainty and disruption of schedules and routines, health practices which support optimal physical and mental well-being may become more challenging. We at Bio Energy Medical Center want to help support you through these times. 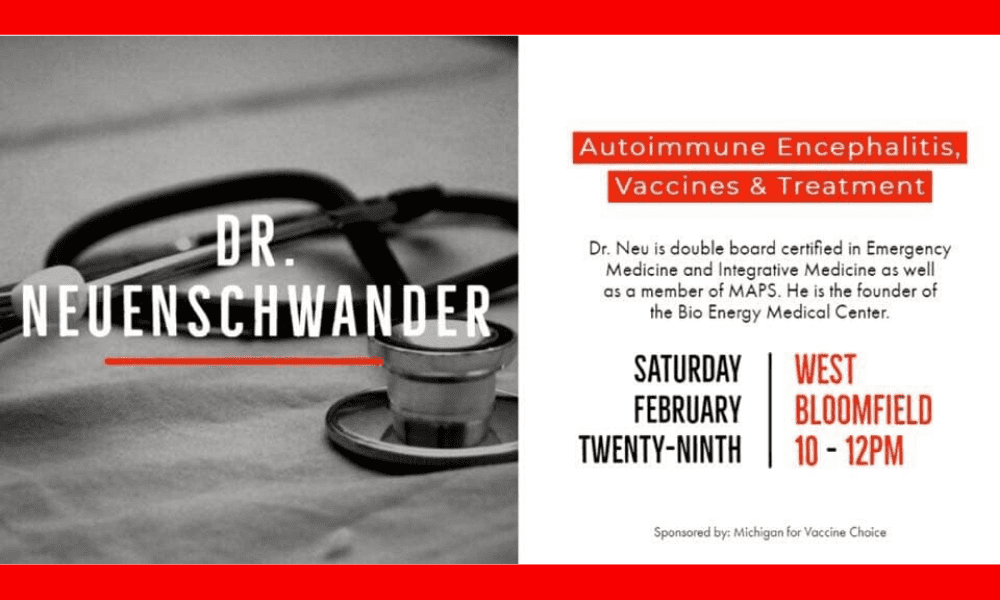 Exploring the Use of “Smart Phones” in Our Everyday Lives

Smartphones are an important part of our everyday lives, and they impact everything from our sleep, mood, posture, personal relationships, memory, and attention span. This blog post explores the use and impact of smartphones​ in our everyday lives.

Flu season is in full force! Learn how to best protect you and your family naturally with homeopathy.